I think that we all know how excited I was for this movie. My favorite book of all time is obviously Divergent, and I was hoping that this film adaption would not disappoint. And did it? Well, I think that Shailene Woodley (Tris) and Theo James (Four) played their characters beautifully, even if some of the romance scenes were a little iffy. The action was extremely intense, and I loved the visual aspect that brought the Divergent world to life. My only problem was that the movie was extremely rushed. Some of my favorite scenes from the book were not included, and we definitely did not connect with Will or Al. In fact, Will and Christina were never even shown as a couple. Al’s crush on Tris was completely thrown out of the window, and Peter was more of a playground bully than an evil villain that Tris wanted to defeat. Overall, I would give this movie 4 stars out of 5.

Favorite character
I thought that, honestly, Shailene and Theo did the best jobs with playing their parts. It isn’t because they were the main characters, I just thought they did a spectacular job of bringing the characters to life. 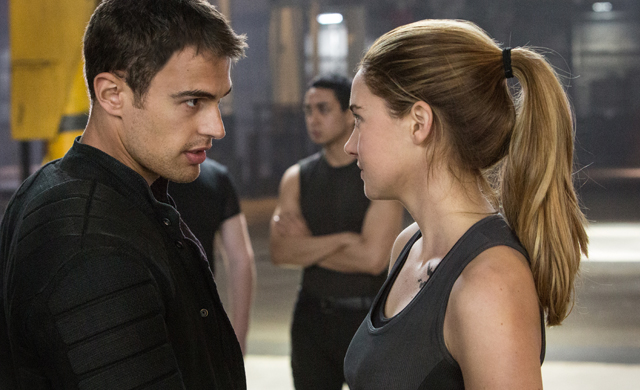 First off: Tris.
Shailene did one of the BEST jobs of fulfilling her role that I think I have seen in a long time. Her emotion and energy was shown clearly through her actions/facial expressions. Her need to find where she belonged was clear, and her whole being screamed I AM DIVERGENT throughout the whole show. She was brave, she didn’t give up, and she fought for the things that she believed in. I am willing to forgive her average romantic performances because the rest of the time she was flawless. 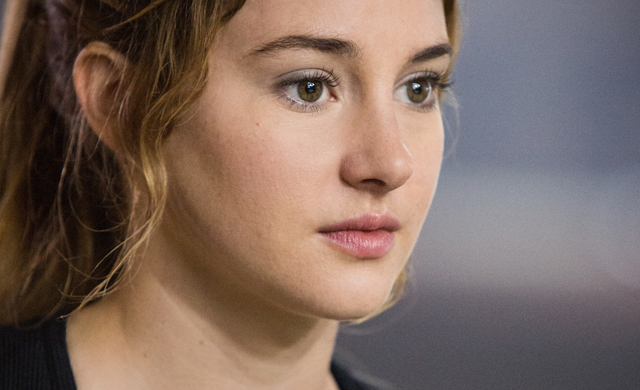 Next up: Four.
I was so happy when I discovered Theo James was Four, because he looked EXACTLY how I visualized him in the book. Four is my favorite male character of all time, and here is why. He isn’t like most male characters, spouting cheesy lines that are sappy and meant to make you swoon. He’s the kind of guy that has secrets, and that is tough, but will protect you no matter what. His seriousness and I-don’t-put-up-with-crap attitude is very refreshing. I love how he helps Tris discover who she is, in the way that he does it. 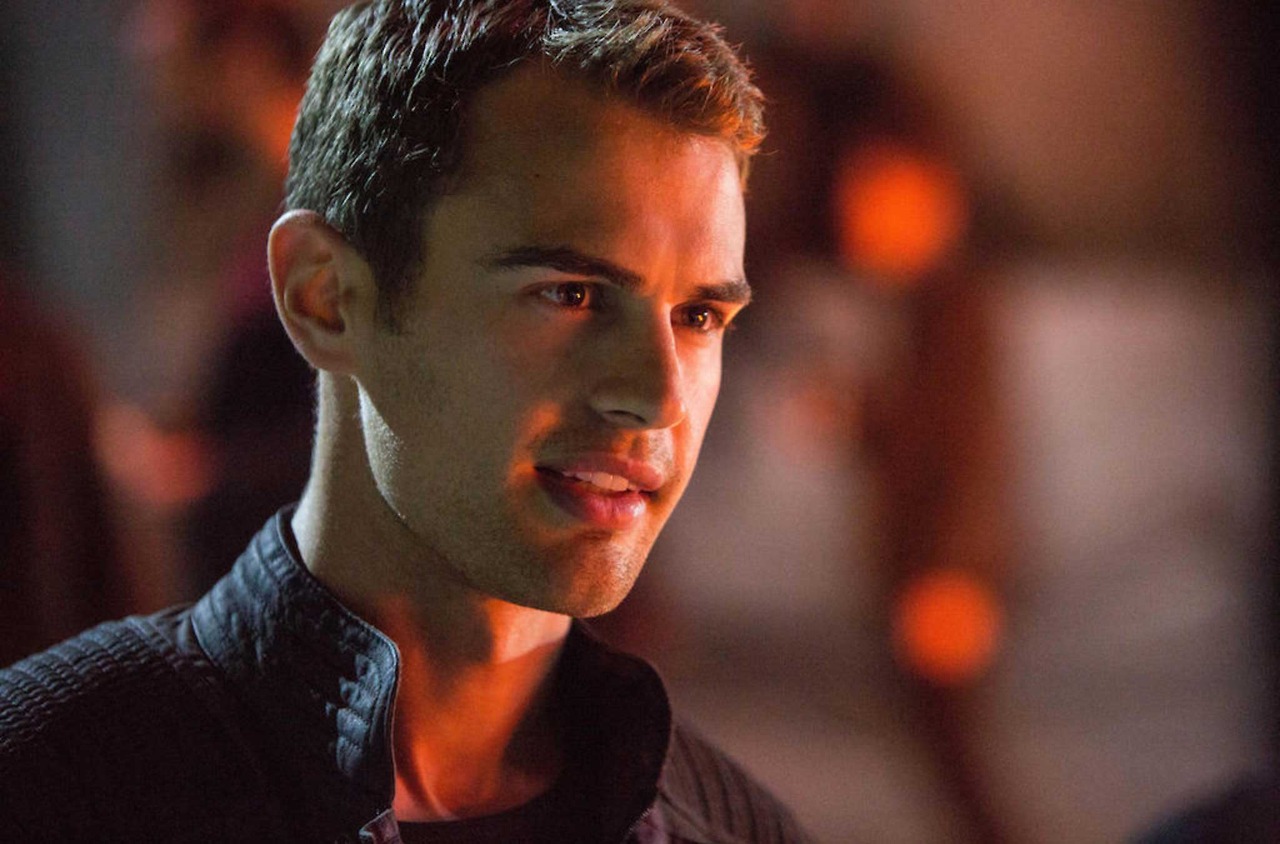 Before I go on, here are some more Fouralicous pictures. You’re welcome. 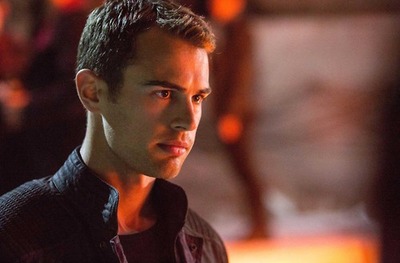 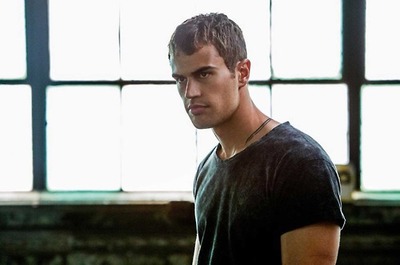 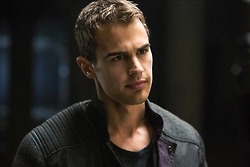 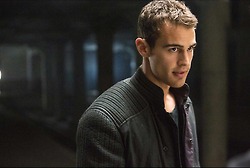 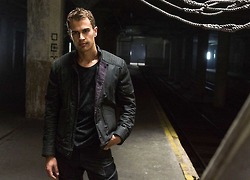 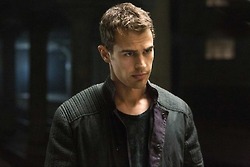 Where was I? Oh yes. Right. Theo James. He is quite attractive, and he does the whole tough-guy act very well. I don’t imagine you could find a more perfect Four, ladies and gentlemen. From his semi-funny lines to “I’m still working on kind” to “Fear doesn’t shut you down, it wakes you up”, I fell in love with Four all over again.
Best song off the soundtrack
Beating Heart by Ellie Goulding

Favorite Scene
I know what you all think my favorite scene will be…..

Don’t get me wrong, I loved this scene. Who doesn’t want to see Four shirtless and kissing someone? (Especially if you are the one kissing him ;D ) This scene was pretty perfect, and I felt chemistry for most of it.


Here was my actual favorite scene (and no, I don’t think it is how it happened in the book):
Tris just had her fight with Peter and she blacked out. When she wakes up, Christina and Will are sitting by her bed. She asks them what’s going on, and Christina tells her they are going to do another thing for initiation (capture the flag) and that she has been cut. Tris starts crying and they say sorry and leave. Then you see the train leaving, and there is all this sad music. I imagine all those lame Divergent “fans” who have never read the book were thinking
WHAT WAIT NNNOOOO
-and then Four looks out of the train and sees Tris running. She is way behind the train, and she is trying as hard as she can to catch up. He watches her running, and she reaches up to get on the train and misses, but Four catches her hand and yanks her in. 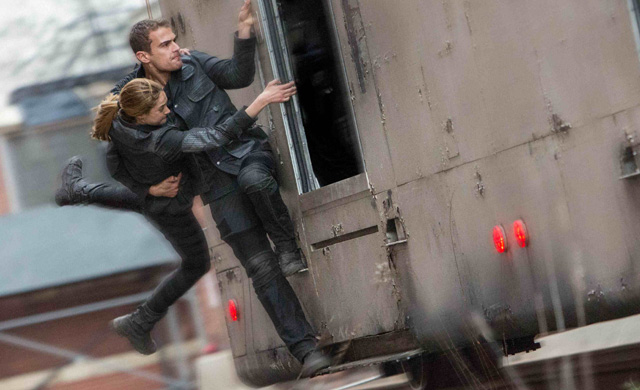 (This is not that scene. It is a different scene but still mostly the same thing.)

I know you are all thinking
Oh my gosh that is so lame. To me, though, that was one of the best scenes of the whole movie. I thought it was so amazing that Tris was falling and about to lose her one chance to become herself, and Four saved her from falling and pulled her to safety.
Sometimes the best acts of romance are not kissing and tripping over each other with words. Sometimes it’s the things they do that save us.

Judge me if you want, but that’s my favorite scene.

Oh, and of course, the scene where Tris is the first jumper and she meets Four for the first time. That one does have a video: 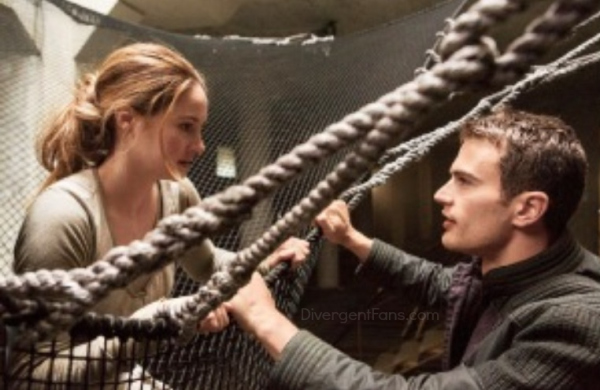 Conclusions
In conclusion, I was just a little disappointed in this movie. I think that people who do not read the book before seeing the movie will be very confused. The entire thing was rushed in order to cram all of the information from the book into two hours. Al, Will, and Peter had barely any character development, which was extremely disappointing. Uriah and Edward were not a part of the movie at all, which was also a bummer. They cut some important scenes and did not do a very good job with providing background information. Those who have read the book will be satisfied enough, I imagine, because the romance is steamy, the action is epic, and the feels are enough to go around to everybody. Go see Divergent in theaters now!!!